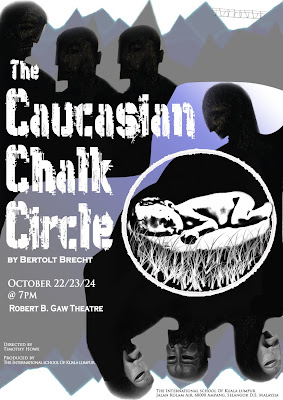 A servant girl sacrifices everything to protect a child abandoned in the heat of civil war. Order restored, she is made to confront the boy’s biological mother in a legal contest over who deserves to keep him. A comical judge calls on an ancient tradition – the chalk circle- to resolve the dispute. Who is the true mother? A morality masterpiece, The Caucasian Chalk Circle powerfully demonstrates Brecht’s pioneering theatrical techniques and provides insight into the European political climate of the 1940’s.